This box was made back in 1985 or 1986, when David and I were running our decorative wood products business, Wood ‘n’ Word. We made (and sold) quite a few boxes similar to this one. David made the boxes out of pine, handed them over to me, and I did all of the finish work.

This particular teddy bear was (quite obviously) done by using a stencil. I don’t remember for sure, but I don’t think I painted it. I believe I had just given the empty box (minus it’s padded interior panels) to my mom, and she stenciled it and did the padded interior as well. I’m pretty sure that was the case.

From the time I was just little, my parents both created tons of crafted items and taught us to do the same. Daddy was a cabinetmaker by trade. He went through an apprenticeship until he was a journeyman, in California, after Mom and Dad were married. During that time, he got to help renovate a home for Bing Crosby, and he often told us what a wonderful, really nice man he was.

After we moved to Alaska in 1951 (when I was only two years old), he became one of Valdez’ chosen craftsman and carpenter. Plus, over the years, he proved that he was one of the best handymen around…ever. When he passed away in 1973 (at age 54), my mom got card after card saying that Daddy had been to this, that, and the other person’s home, in the middle of the night, on the coldest (or hottest, or rainiest, etc.) day of the year, to fix a plumbing or electrical problem that would have left them without heat or made something else desperately hard for them if he hadn’t been able to get there. He never, ever asked for payment. People paid him, many times, but he never asked, and my mom wouldn’t have had it any other way, even though sometimes WE didn’t have any money to pay anyone. It’s just the way they (and the times and place) were…but all of that is subject matter for more stories I’ll share in other places here.

At any rate…getting back to the original subject…I’m pretty sure Mom decorated this box. I do know she used it for many years, and it’s just another item I received back from her after her death. Thank you, Mom! 🙂 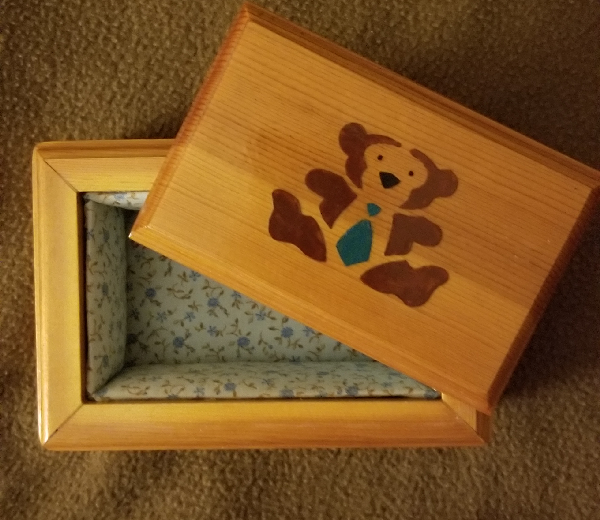 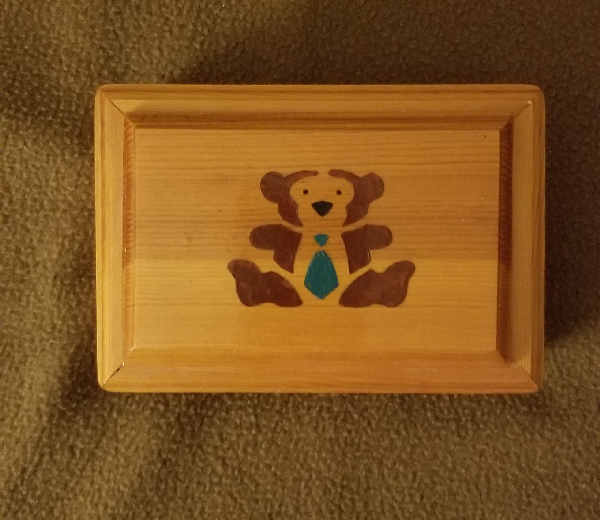