In July of 2006, I began making a series of cross stitch designs from some digital pixel art that my daughter Judi had created during the year before then. I had hoped to post the pictures of that pixel art along with the rest of the pictures I’m posting here, but I have a lot of pictures still on a hard drive that I was desperately trying to back up before it quit on me, that I didn’t get done. One of these days I’m going to try some software that MAY let me rescue the only things I didn’t get backed up…my own photos after 2002 (sigh). At any rate, I DO have other pictures that resulted from the pixel art, and you’ll see those below.

I’ve chosen multiple Categories for this post, because the first thing that happened was the digital design files. Then I took those and made the cross stitch patterns (also digital). Then I printed and stitched those patterns. Then I took those stitched pieces and used them as the covers for several small odds-and-ends boxes that I found at our local craft store.

Here is the Blue Snow pattern… 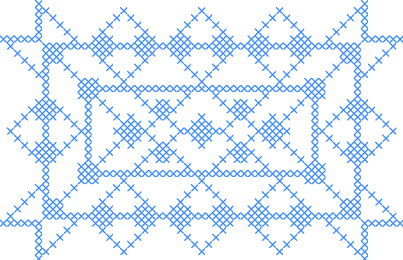 Here is the completed box using the Blue Snow pattern… 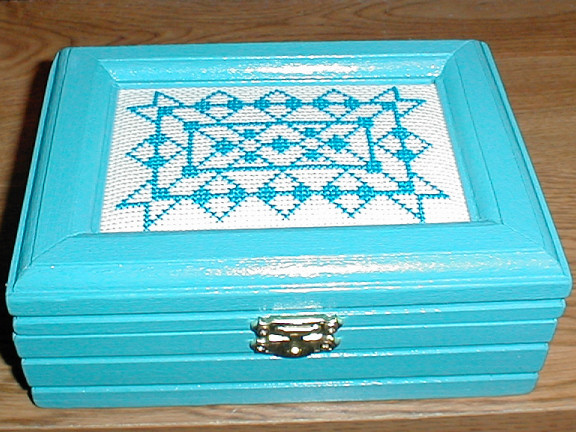 Here is the Blue Lace pattern… 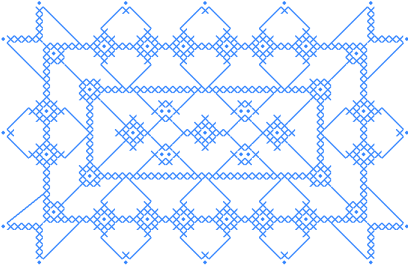 Here is the Blue Lace box as it exists today. It was a Christmas gift for my mom in 2006. After she passed away, it was another thing I reclaimed. I use it for sewing supplies, and keep it by my Bond Ultimate Sweater Machine. 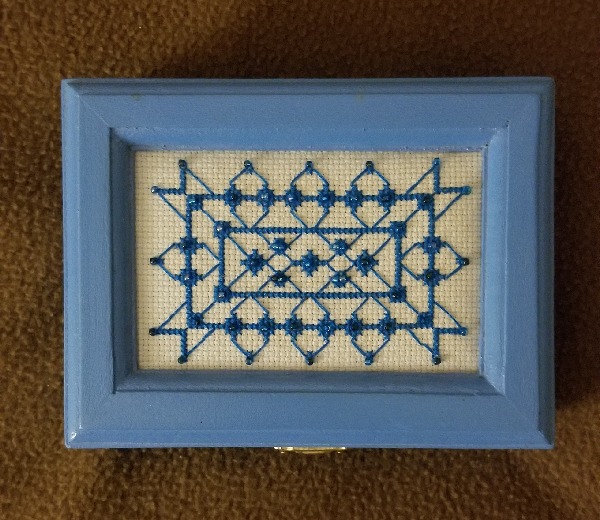 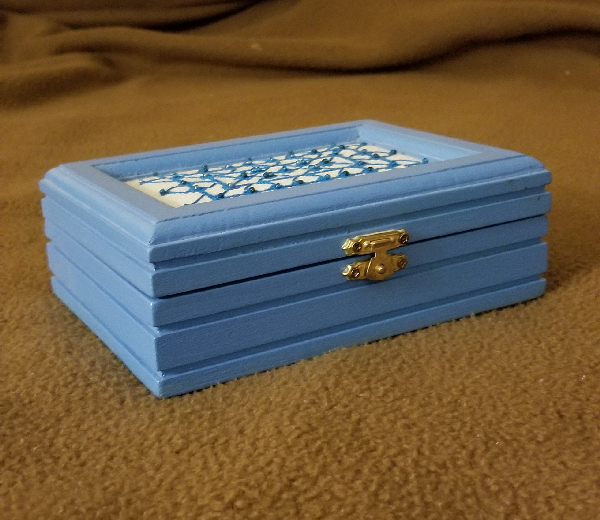 This box was created from the same Blue Lace pattern, slightly modified. I never actually created a different pattern. Instead, I simply made ALL of the connecting lines in backstitch, instead of the mix of cross stitching and backstitching you can see in the larger box version. Plus I only used the corners, with a single central triangle along the border. 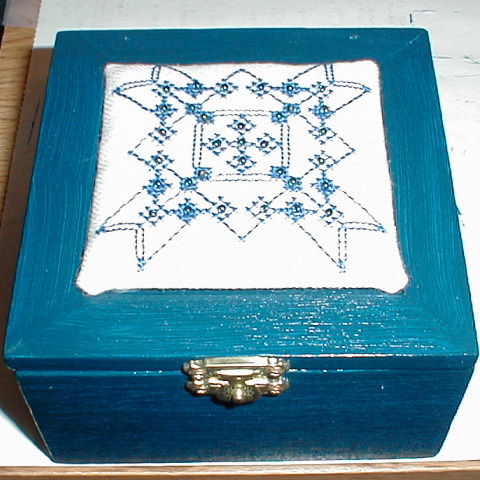 As I mentioned, I didn’t make these boxes. They were all on sale for great prices at the craft store, so I bought eight of them. I applied all of the finishes very primitively, without trying to make something “polished.” Over they years I’ve done quite a lot of finish painting, but that wasn’t the look I was going for, here. I wanted something that looked, hopefully, a bit more antique, and definitely homemade. So everything was sanded only lightly, and no brush strokes were changed or blended. I was able to find the small catches at a local hardware store, and decided on older styles of those, as well. All in all, I was pretty satisfied with the results.

I’ll be sharing several more of the patterns with pictures of their boxes.