Shortly after my middle daughter Jackie was born (in 1975), I decided to take a drawing class presented free of charge by the Parks and Recreation Dept. in Anchorage, Alaska. I had been drawing since I was a little girl, and I was involved in several other crafts (including ceramics) at the time, but the fact that the class was free and I needed some time out of the house, prompted me to go. Plus, they allowed me to take her with me to class (while my two older kids stayed with the family next door for a couple of hours)…way cool! 🙂

This picture was drawn as an assignment. We were to go home and practice drawing textures. I realized that she was wearing several different textures, plus there was just the smoothness of her baby skin and her almost-nonexistent hair. 😉

So away I went with it, the very same evening I got the assignment. I drew this as I sat and munched some other textured items…chilled celery and carrot sticks…which I had been craving ever since I was about three months pregnant with her. I’m not sure, but I think Jackie still likes both of those things, even now, as she did all the years she was growing up.

I had to imagine her mouth, while drawing this. In order to keep her sleeping and quiet, I had given her her pacifier (or plug, as we called it back then), and there was no way I was going to remove it, just to draw something I was very used to seeing, anyway! LOL

***NOTE (a couple of days later)…Down in the first comment, my oldest daughter has just reminded me that I originally did NOT draw the mouth…just left the place blank where the mouth was supposed to be. I totally had forgotten about that! Silly old brain! 😉 I don’t remember how long it took me to place Jackie’s mouth where it should be, but Jen says it was years, so…poor Jackie! 😀 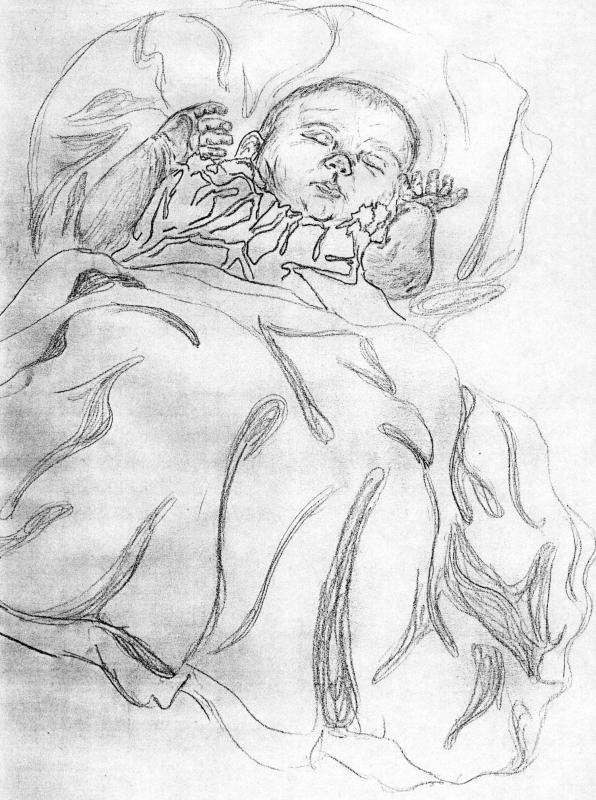 As you can see, I had made at least a LITTLE progress in letting shading define areas, since my Beatles drawing at age 14. I was 25 years old when I drew this. At least I had learned to draw from life, rather than just from photographs.

The darker shadows on the picture were from my scanner at the time. I do have the original here, somewhere. Note to self…find it, and rescan it with my much, much better scanner that I have now!

2 Replies to “An Exercise in Textures”